The white-throated fantail (Rhipidura albicollis) is a small passerine bird. It is found in forest, scrub and cultivation across tropical southern Asia from the Himalayas, India and Bangladesh east to Indonesia. The adult white-throated fantail is about 19 cm long. It has a dark fan-shaped tail, edged in white, and white supercilium and throat. There is otherwise much variation in plumage between races. The white-throated fantail lays three eggs in a small cup nest in a tree.
The white-throated fantail is insectivorous, and often fans its tail as it moves through the undergrowth. Birds use the same song year after year, with progressively small changes, with the result that the song sounds very different after 4–5 years. The male’s call is a valuable tool in detection and identification of the bird, which can often be confused with the white-browed fantail, R. aureola, where their ranges overlap. R. aureola has light
underparts and prominent spots in two rows on the wings. Its call is rather functional, and not as pleasant and aesthetic as that of R. albicollis. 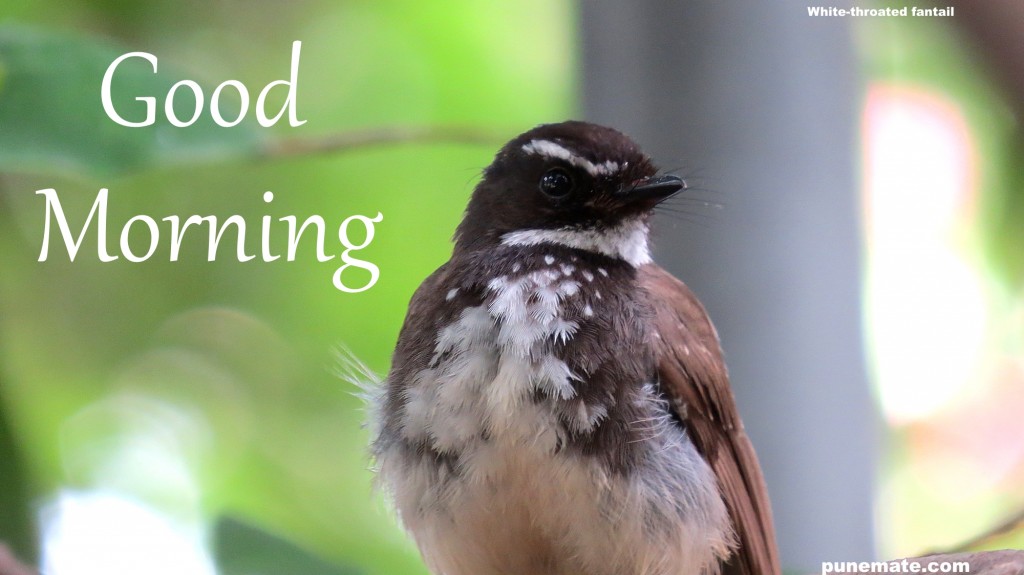