Blaise Pascal was a French mathematician, physicist, inventor, writer and Christian philosopher. He was a child prodigy who was educated by his father. Pascal made important contributions to the study of fluids, and clarified the concepts of pressure and vacuum by generalizing the work of Evangelista Torricelli.  In 1642, while still a teenager, he started some pioneering work on calculating machines. He built 20 finished machines (called Pascal’s calculators and later Pascalines) over the following ten years,  establishing him as one of the first two inventors of the mechanical calculator. Pascal was an important mathematician, helping create two major new areas of research: he wrote a significant treatise on the subject of projective geometry at the age of 16, and later corresponded with Pierre de Fermat on probability theory, strongly influencing the development of modern economics and social science. 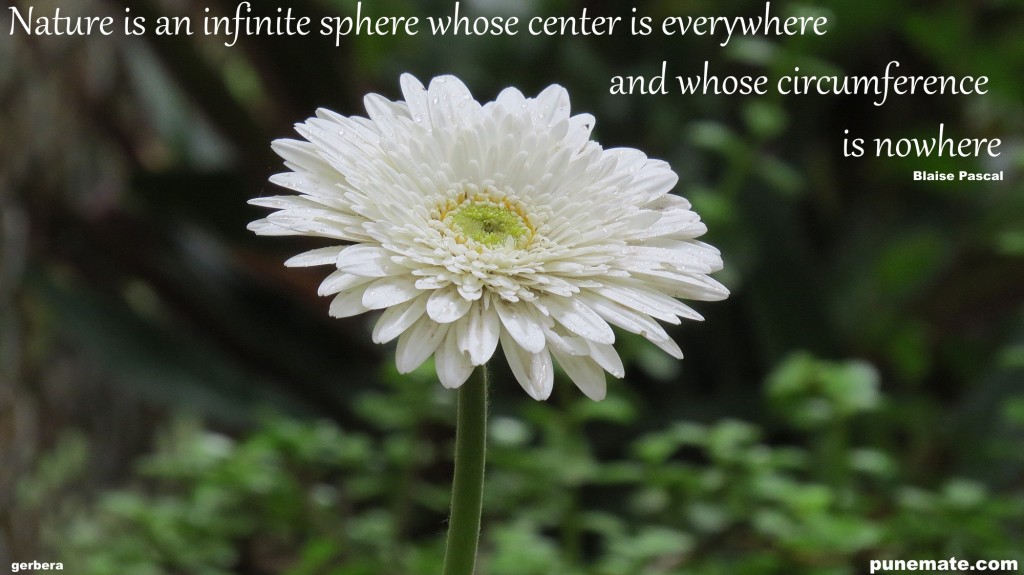 This entry was posted in Flowers, Flowers of Pune, Nature, Plants of Pune, Pune, Quotes, Whatsapp and tagged Blaise Pascal. Bookmark the permalink.