The Red Pierrot (Talicada nyseus) is found in India, Pakistan, Bangladesh, Nepal, Bhutan, Sri Lanka, and the Maldives and South East Asia – geographically south of China, east of India, west of New Guinea and north of Australia. In the Red Pierrot both the males and females have black or brownish back and an orange-red patch on the front side of the wings.  When the wings open the butterfly appears brownish black and orange. The brownish black color extends from the fore wings to the hind wings and an orange patch only on the hind wings. When the wings close Red Pierrot appears white, orange and black, with many white and black dots scattered on the wings.  Again the orange patch is only at the bottom of the hind wings. The fore wings and upper side of the hind wings are white. One of Its food plant is  Kalanchoe. The host plant is Kalanchoe – Bryophyllum pinnatum. The Red Pierrot smells with  antennae, palps, legs, and many other parts of the body. All these parts have smell  receptors.  The Red Pierrot (Talicada nyseus)  have taste sensors on their feet. 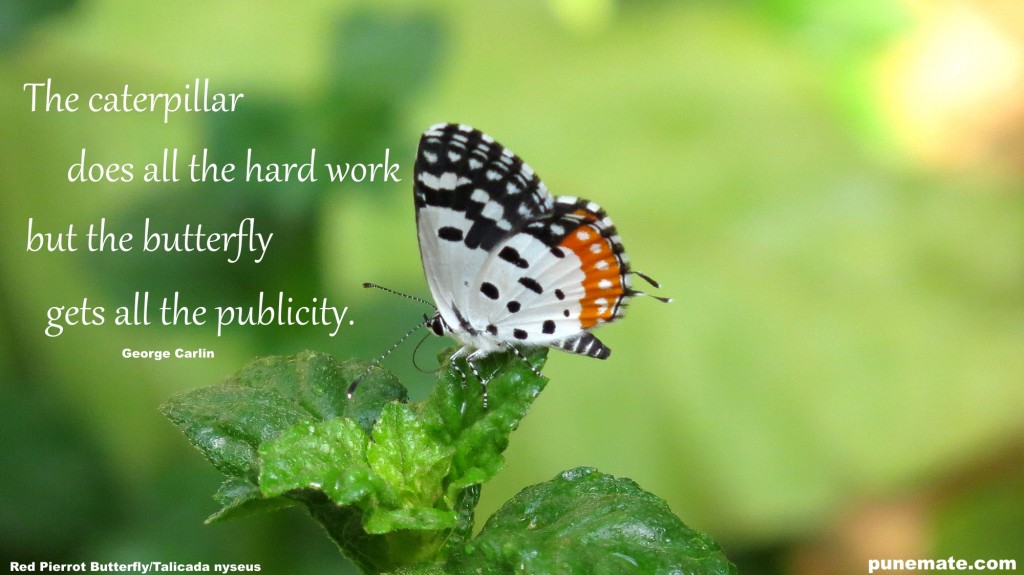 Quote on butterflies by George Carlin an American stand-up comedian, social critic, actor, and author.
“The caterpillar does all the work but the butterfly gets all the publicity”
The host plant of Red Pierrot (Talicada nyseus) is Kalanchoe – Bryophyllum pinnatum. 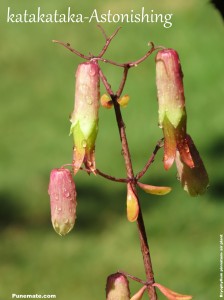