Galileo on scientific experiments and truth

Galileo Galilei (15 February 1564 – 8 January 1642), often known mononymously as Galileo, was an Italian physicist, mathematician, engineer, astronomer, and philosopher who played a major role in the scientific revolution during the Renaissance. His achievements include improvements to the telescope and consequent astronomical observations and support for Copernicanism. Galileo has been called the “father of modern observational astronomy”, the “father of modern physics”, the “father of science”, and “the father of modern science”. His contributions to observational astronomy include the telescopic confirmation of the phases of Venus, the discovery of the four largest satellites of Jupiter (named the Galilean moons in his honour), and the observation and analysis of sunspots. Galileo also worked in applied science and technology, inventing an improved military compass and other instruments. 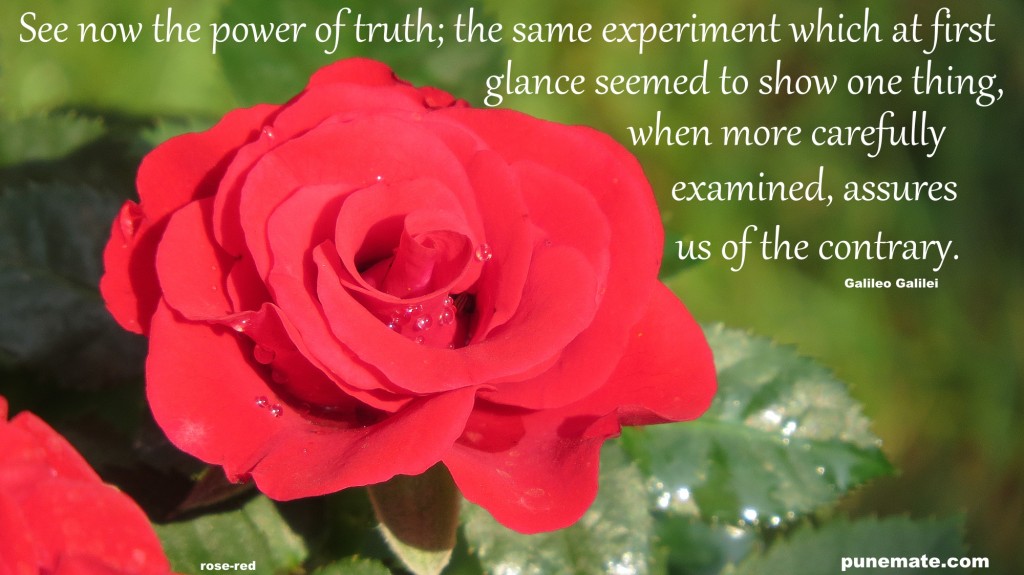 This entry was posted in Flowers, Nature, Quotes, Whatsapp. Bookmark the permalink.