The bonnet macaque (Macaca radiata) is a macaque endemic to southern India.  Its distribution is limited by the Indian Ocean on three sides and the Godavari and Tapti Rivers. This Old World monkey is a diurnal animal. It has cheek pouches for holding food. The bonnet macaque feeds on fruits, nuts, seeds, flowers, invertebrates and cereals. The bonnet macaque, like other macaques, shares a linear dominance hierarchy; the ‘alpha’ male is the most dominant male of the troop, followed by a ‘beta’ male and a ‘gamma’ male, and so on according to their dominance. Similarly, females also follow this linear hierarchy. The male and female hierarchies are different and of a non overlapping or non mixing types. Males are usually dominant over females. The females’ dominance hierarchy is stable (rarely changes), whilst the males’ dominance hierarchy is very dynamic. In the male hierarchy, males close in rank often fight to rise in rank. 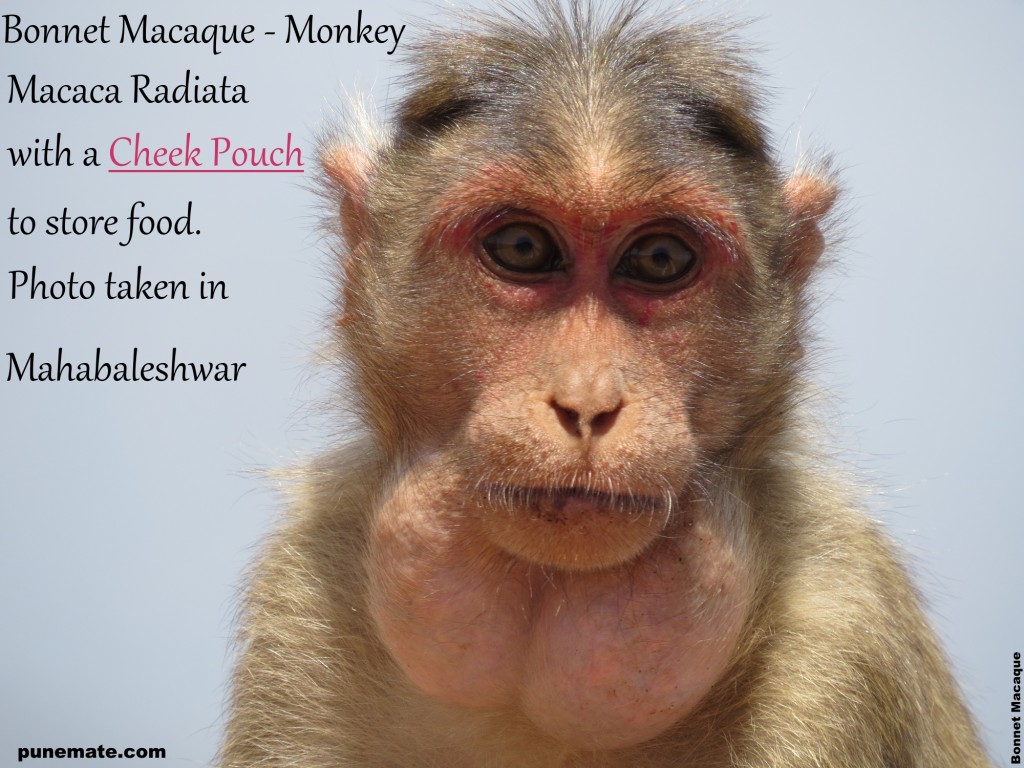 This entry was posted in Monkey and tagged Bonnet Bacaque Macaca Radiata, Monkeys of India Mahabaleshwar India. Bookmark the permalink.