Bonnet Macaque monkeys are one of the monkeys seen in Mahabaleshwar India. A recent study carried out in India suggests that there is drastic decline in the population of bonnet macaque (Macaca radiata) monkeys. It was observed that the monkey was found in less than 40% of the locations where it was previously reported, in earlier studies.  To know the actual conservation status more of such studies need to be carried out. Link 1 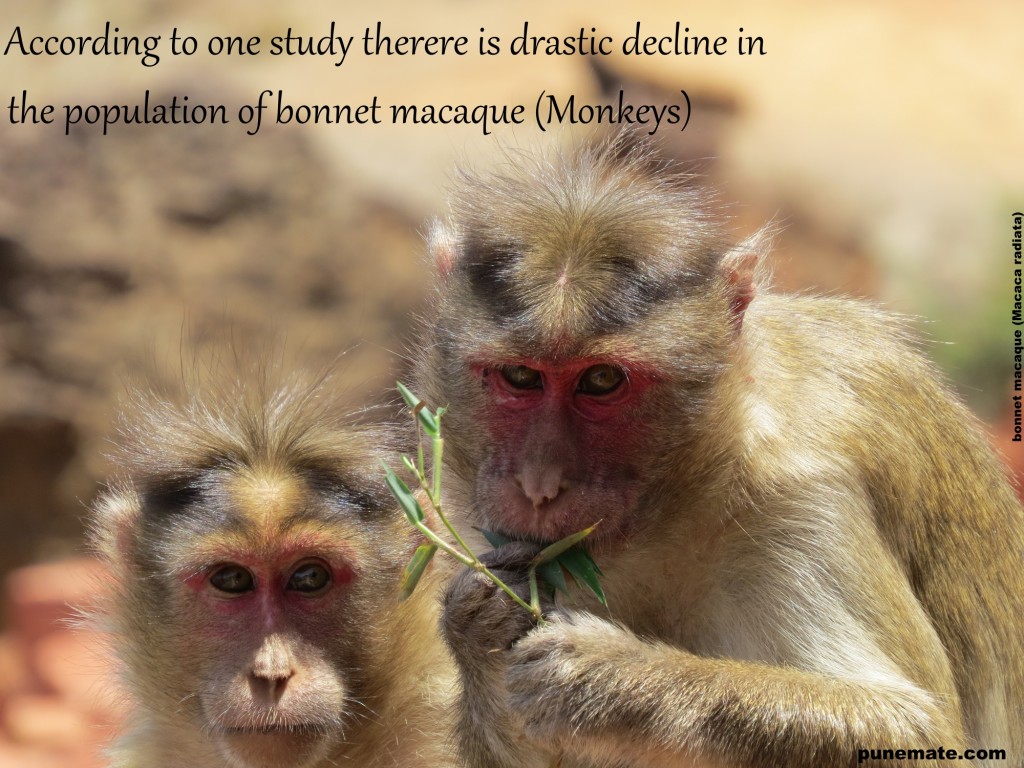