Amaryllis  is a small genus of flowering bulbs, with two species. “Amaryllis” is mainly used for cultivars of the genus Hippeastrum, widely sold in the winter months for their ability to bloom indoors. Plants of the genus Amaryllis are known as belladonna lily, Jersey lily, naked lady, amarillo, Easter lily in Southern Australia or, in South Africa, March lily due to its propensity to flower around March. This is one of numerous genera with the common name “lily” due to their flower shape and growth habit. However, they are only distantly related to the true lily, Lilium. The name Amaryllis is taken from a shepherdess in Virgil’s pastoral Eclogues, from the Greek amarysso, meaning “to sparkle” and also from “Amarella” for the bitterness of the bulb. The plant is not frost-tolerant. Amaryllis lily: Photo taken in Pune India 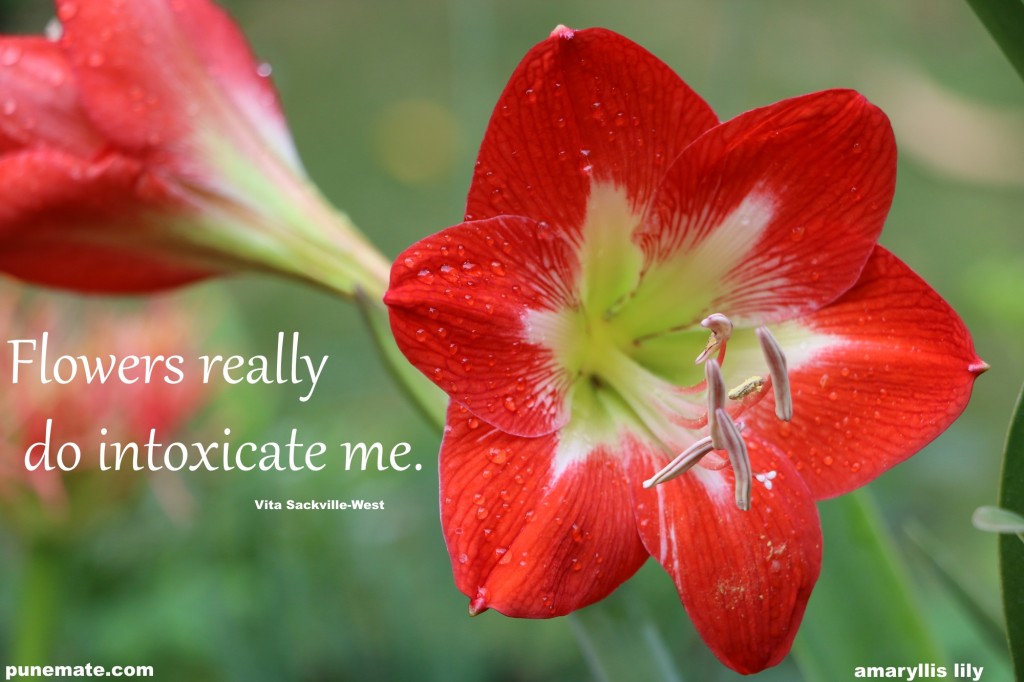