Bryophyllum pinnatum, also known as the air plant, cathedral bells, life plant, miracle leaf, and Goethe plant is a succulent plant native to Madagascar, which is a popular houseplant and has become naturalized in tropical and subtropical areas. It is distinctive for the profusion of miniature plantlets that form on the margins of its phylloclades, a trait it has in common with some other members of its genus. Bryophyllum pinnatum has become naturalized in tropical and subtropical areas, including parts of Asia, Australia, New Zealand, West Indies, Macaronesia, Mascarenes, Galapagos Islands, Melanesia, Polynesia, and Hawaii. In many of these, such as Hawaii, it is regarded as an invasive species. It is also widely distributed in the Philippines and it is known as katakataka or kataka-taka which is also an adjective meaning astonishing or remarkable. Vernacular names for Bryophyllum pinnatum include Cathedral Bells, Air Plant, Life Plant, Miracle Leaf, Goethe Plant and the Katakataka. The first two of these are also commonly names for plants of other species and genera. It is also called “Leaf of Life” and “Wonder of the World” in the English speaking Caribbean. In maharashtra state of india it is called “Panfuti” (one which grows from leaves). 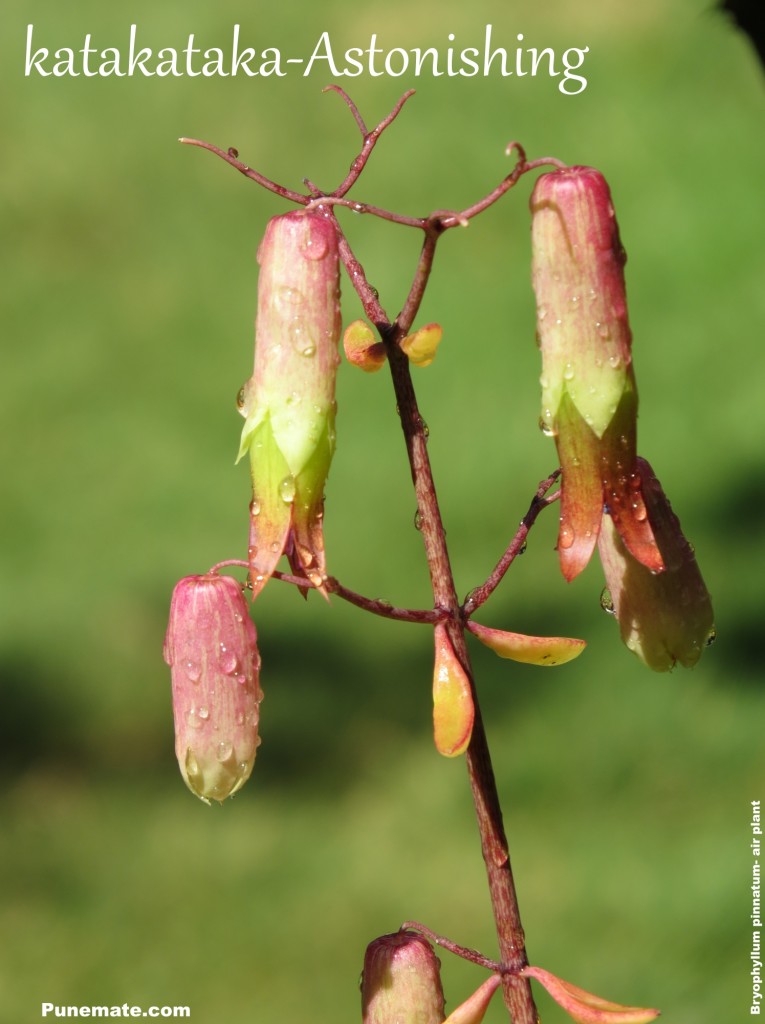 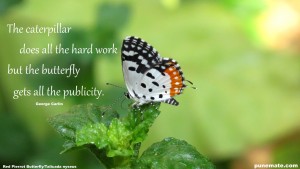 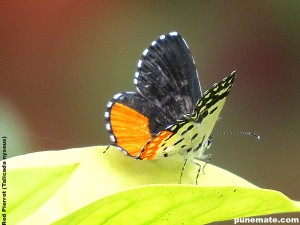