Mimosa pudica is both an annual and a perennial. It is a sensitive plant and responds to touch. If touched the leaves foldup in response.  This plant is a great entertainment for kids. It is native to South America and Central America, and is now a pantropical weed. It was first described by  Carl Linnaeus.  Its common names include sensitive plant, humble plant, shameful plant, touch-me-not. In hindi it is called as Chui-mui or Lajwanti, in Bangla it is called as Lajjabati. In Malayalam it is called as Tintarmani. in Marathi it is called as Lajalu. One of the first person to study the movement of Mimosa pudica was Robert Hooke. Now some scientists believe that the movement of the leaves is a defense mechanism against some herbivores. When touched or if there is a disturbance on the leaves then some chemicals are released which force water out of the cell vacuoles this results in collapsing of the cells. 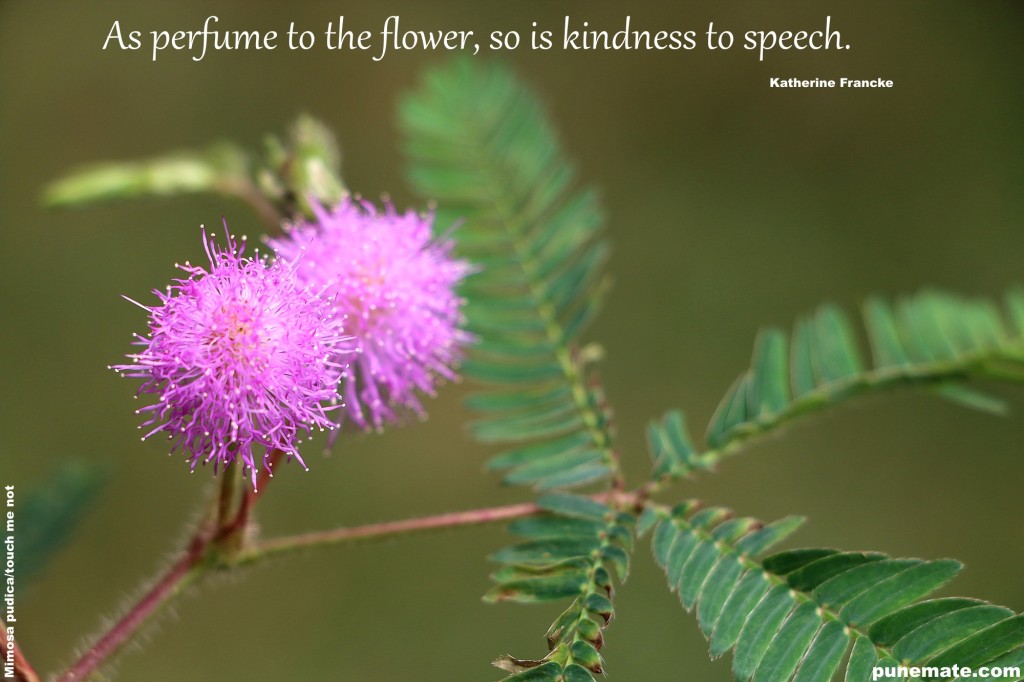 This plant is a great entertainment for KIDS

Mimosa pudica can form root nodules that are habitable by nitrogen fixing bacteria. These bacteria covnert nitrogen to a form that can be easily used by plants.

This entry was posted in Flowers, Flowers of Pune, Pink Flowers, Plants of Pune, Pune, Quotes, Whatsapp. Bookmark the permalink.