Plants and Flowers of India and Pune

Datura is a genus of nine species of poisonous vespertine flowering plants belonging to the family Solanaceae. They are known as angel’s trumpets, sometimes sharing that name with the closely related genus Brugmansia, and commonly known as daturas. They are also sometimes called moonflowers, one of several plant species to be so. Its precise and natural distribution is uncertain, owing to its extensive cultivation and naturalization throughout the temperate and tropical regions of the globe.  All species of Datura are poisonous, especially their seeds and flowers.  The Neo-Latin name Datura is taken from Hindi धतूरा dhatūra ‘jimson weed’, ultimately from Sanskrit धत्तूर dhattūra ‘white thorn-apple’. 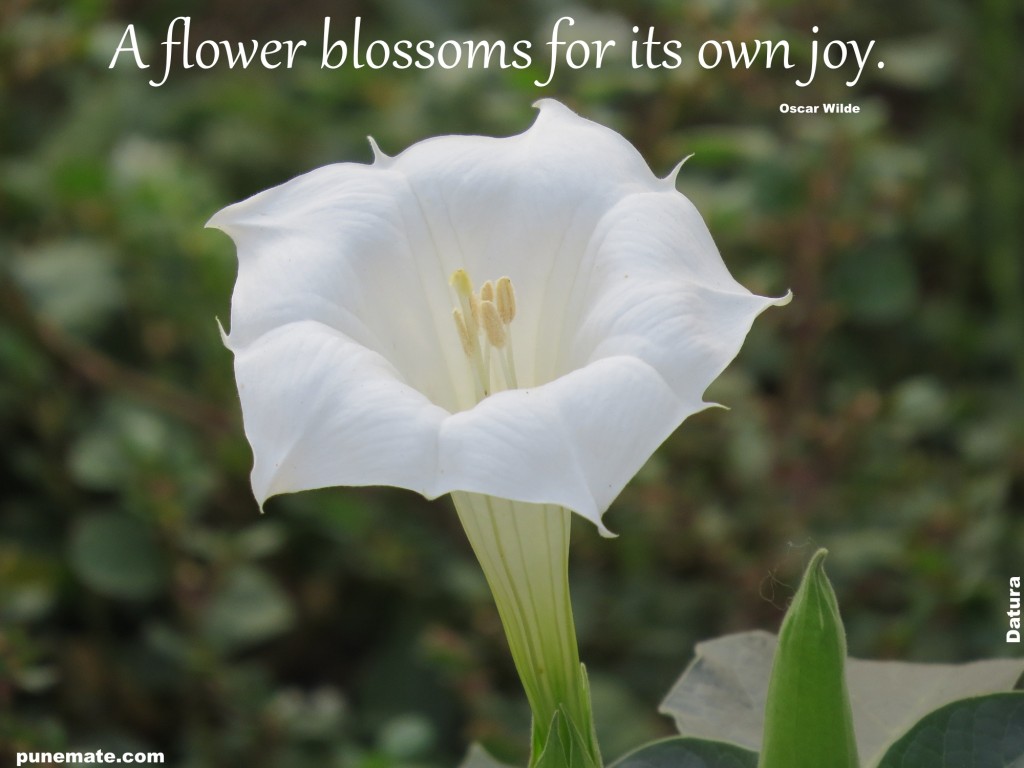 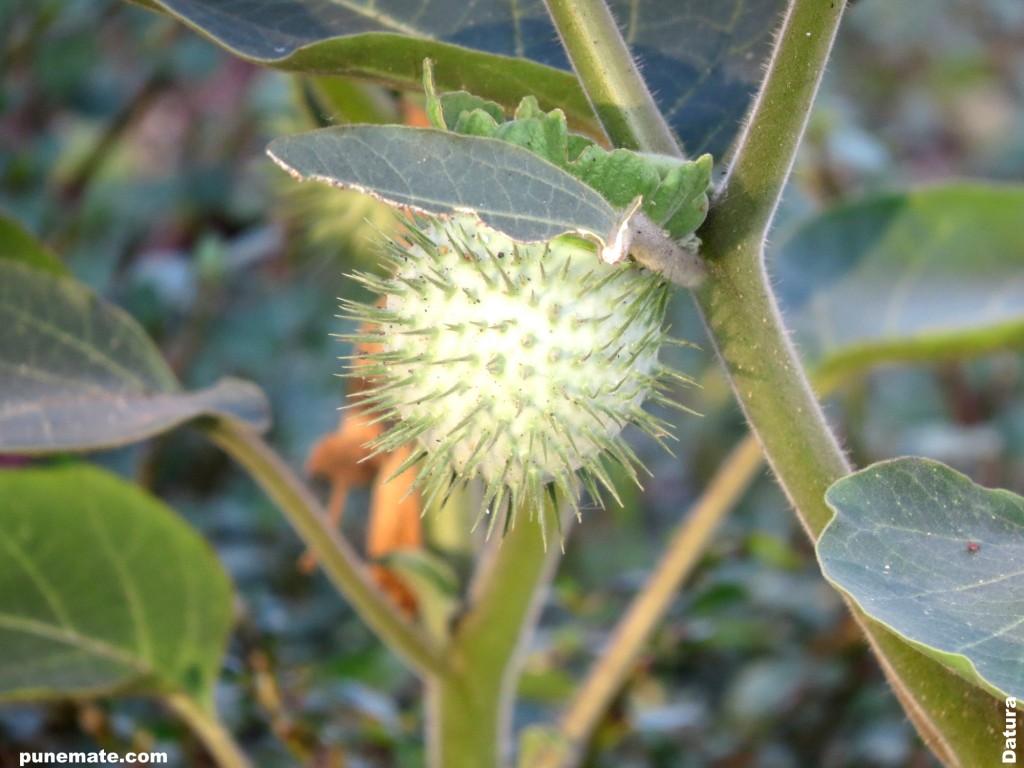