Plants and Flowers of India Euphorbia viguieri or Viguier’s Spurge

The species is native to central-northern Madagascar. This is mainly found in dry forests. This plant loves sunny or half shaded places. This plant is named after 20th century french botanist René Viguier. The botanical name Euphorbia derives from Euphorbos, the Greek physician of king Iuba (or Juba) II of Numidia (52–50 BC – 23 AD). Euphorbias from the deserts of Southern Africa and Madagascar have evolved physical characteristics and forms similar to cacti of North and South America, so they (along with various other kinds of plants) are often incorrectly referred to as “cacti”, although they are far from being related as plants. In Euphorbia, flowers occur in a head, called the cyathium (plural cyathia).
Quote by J Krishnamurti “Observation without evaluation, is the highest form of intelligence. ” 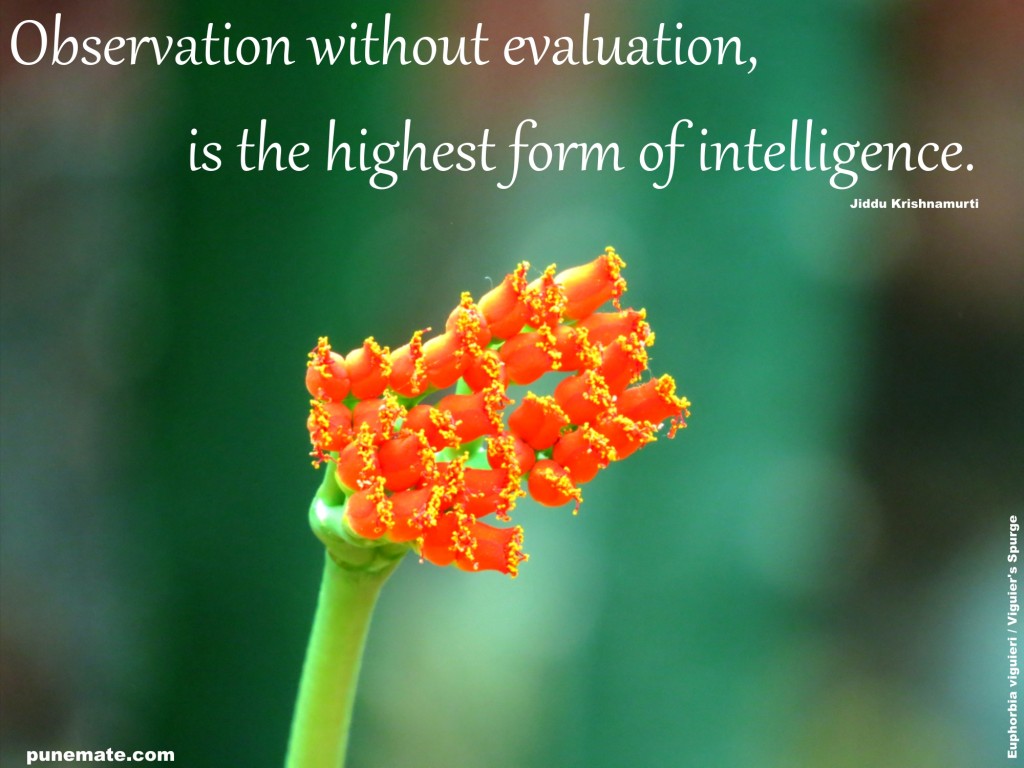 This entry was posted in Euphorbia, Flowers, Flowers of Pune, Orange Flowers, Plants of Pune, Pune, Quotes, Whatsapp and tagged Plants and Flowers of India. Bookmark the permalink.