Passiflora incarnata is one of the most common of passion flowers. Most species are found in South America, eastern Asia, southern Asia and New Guinea. Nine separate species of Passiflora are native to the United States, found from Ohio to the north, west to California and south to the Florida Keys. The passion flowers have a unique structure, which in most cases requires a large bee to effectively pollinate. In the American tropics, wooden beams are mounted very near passionfruit plantings to encourage carpenter bees to nest. 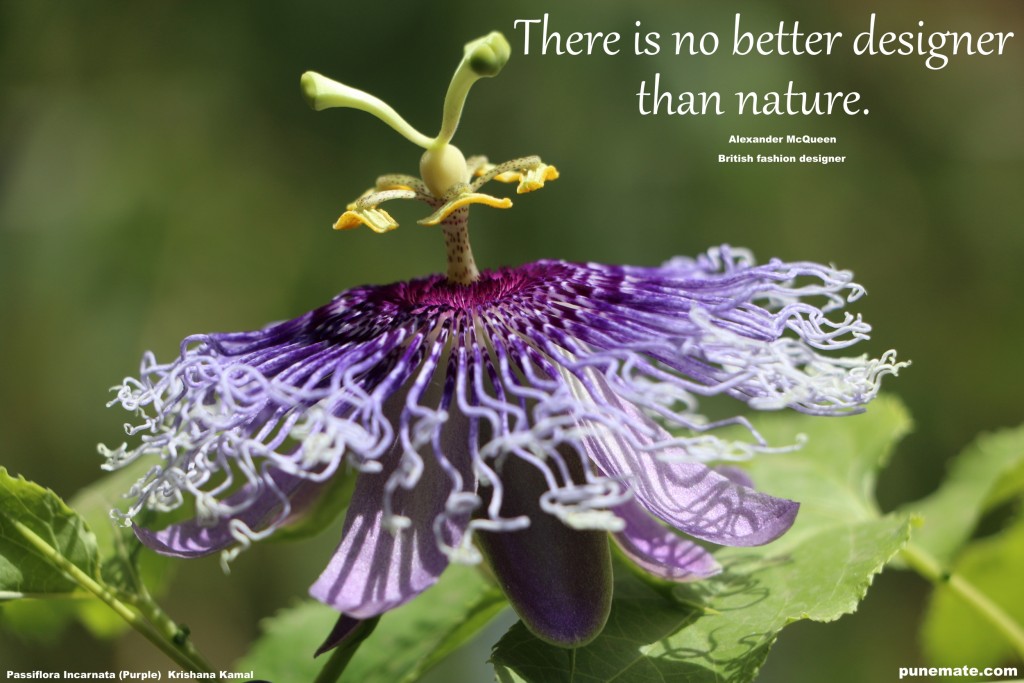