Tabebuia rosea is a neotropical tree that grows up to 30 m (1,181 in) and can reach a diameter at breast height of up to 100 cm (3 ft). The name Roble de Sabana, meaning “savannah oak”, is widely used in Costa Rica in Spanish, probably because it often remains in heavily deforested areas, where people appreciate its intense flowering periods and because of the resemblance of its wood to that of oak trees. The tree crown is wide, with irregular, stratified ramification and only few thick branches. The bark can be gray to brown, in varying darkness and may be vertically fissured. Leaves are compound, digitate and deciduous. Each leaf has five leaflets of variable size, the middle one being the largest. Flowering occurs mainly in January and February, and is generally associated with dry periods; although flowering has also been observed in August, September, April and May. Flowers are large, in various tones of pink to purple, and appear while the tree has none, or very few, leaves. 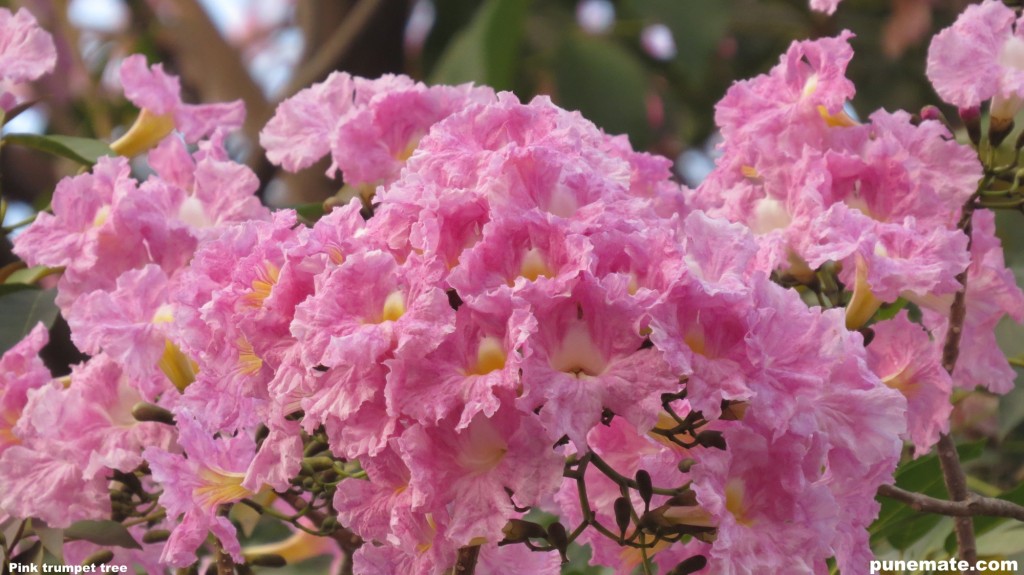