Gazania is a genus of flowering plants in the family Asteraceae, native to Southern Africa. Gazania are often planted as drought-tolerant groundcover. The genus was first formally described by German botanist Joseph Gaertner in the second volume of his major work De Fructibus et Seminibus Plantarum in 1791. Gaertner named the genus after Theodorus Gaza, a 15th-century translator of the works of Theophrastus. Gazania species are grown for the brilliant colour of their flowerheads which appear in the late spring and are often in bloom throughout the summer into autumn. They prefer a sunny position and are tolerant of dryness and poor soils. 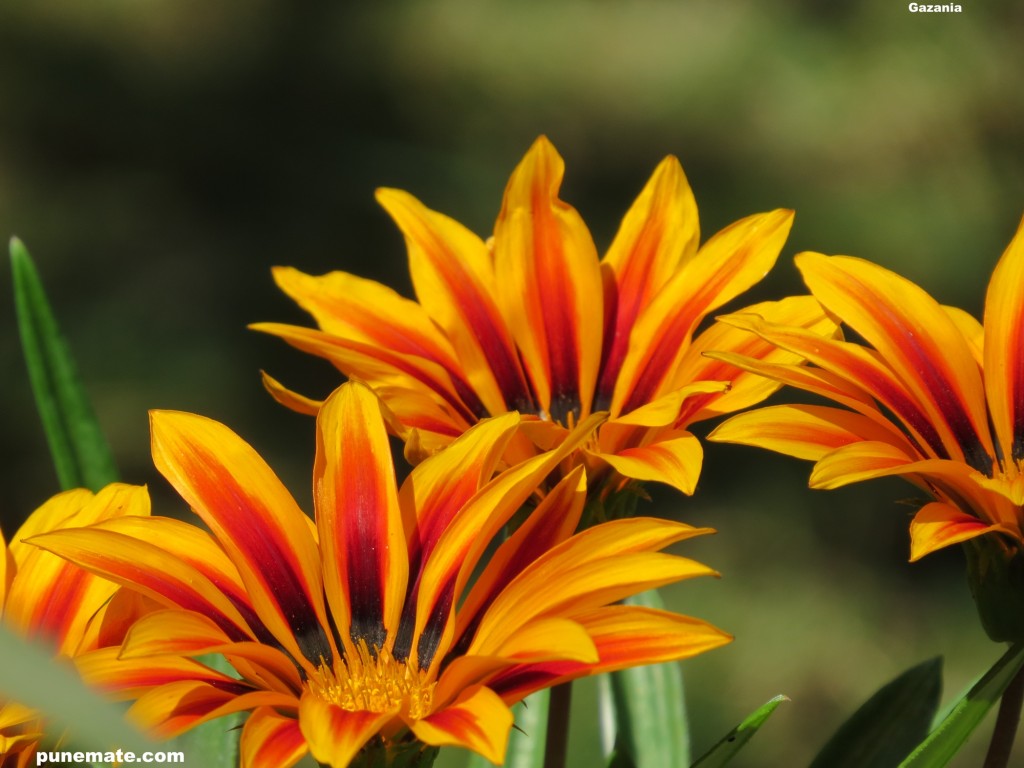