Trees and Plants of India and Pune Gulmohar Flamboyant

Delonix regia is a species of flowering plant in the family Fabaceae, subfamily Caesalpinioideae. It is noted for its fern-like leaves and flamboyant display of flowers. In many tropical parts of the world it is grown as an ornamental tree and in English it is given the name Royal Poinciana or Flamboyant. It is also one of several trees known as Flame tree. In India it is known as Gulmohar in Hindi. It is also known there as Krishnachura or Krusnachuda (Bengali/Oriya: crown of the Krishna) and Krishnasura (in Assamese and Bengali). In Kerala, it is known as Kaalvaripoo. The Delonix Regia is found in Madagascar’s dry deciduous forests. In the wild it is endangered, but it is widely cultivated elsewhere. In addition to its ornamental value, it is also a useful shade tree in tropical conditions, because it usually grows to a modest height (mostly 5 meters, but it can reach an maximum height of 12 meters) but spreads widely, and its dense foliage provides full shade. In areas with a marked dry season, it sheds its leaves during the drought, but in other areas it is virtually evergreen. Flowers appear in corymbs along and at the ends of branches. Pods are green and flaccid when young and turn dark-brown and woody. 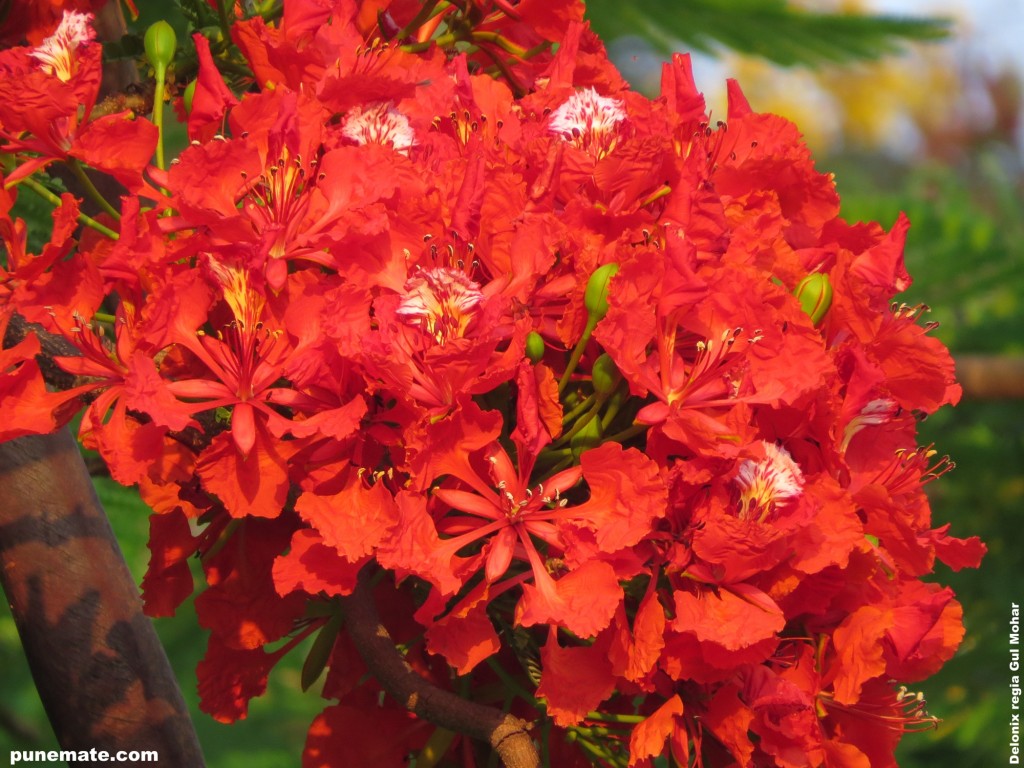