Nectar guides are markings or patterns seen in flowers of some angiosperm species, that guide pollinators to their rewards. Rewards commonly take the form of nectar, pollen, or both. These patterns are sometimes visible to humans; for instance, the Dalmatian toadflax (Linaria genistifolia) has yellow flowers with orange nectar guides. However, in some plants, such as sunflowers, they are visible only when viewed in ultraviolet light.
Under ultraviolet, the flowers have a darker center, where the nectaries are located, and often specific patterns upon the petals as well. This is believed to make the flowers more attractive to pollinators such as honey bees and other insects that can see ultraviolet. The ultraviolet color, invisible to humans, has been referred to as bee violet, and mixtures of greenish (yellow) wavelengths (roughly 540 nm) with ultraviolet are called bee purple by analogy with purple in human vision. 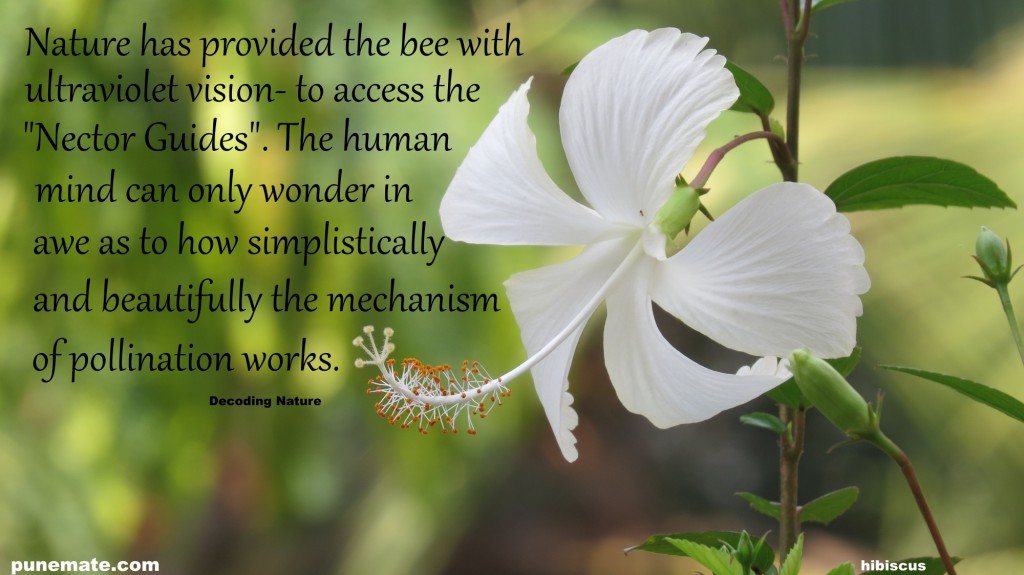 This entry was posted in Decoding Nature, Facts, Flowers, Whatsapp. Bookmark the permalink.