Okra known in many English-speaking countries as ladies’ fingers, bhindi, bamia, ochro or gumbo, is a flowering plant in the mallow family. It is valued for its edible green seed pods. The geographical origin of okra is disputed, with supporters of West African, Ethiopian, and South Asian origins. The plant is cultivated in tropical, subtropical and warm temperate regions around the world. The name okra is most often used in the United States and the Philippines, with a variant pronunciation in Caribbean English of okro. The word okra is West African in origin, probably from Igbo ọ́kụ̀rụ̀. The plant and its seed pods are also known as “lady’s fingers”.  In various Bantu languages, okra is called (ki)ngombo or a variant,  and this is possibly the origin of the name “gumbo”, used in parts of the United States and the English-speaking Caribbean.  In Swahili, the fruit is called Bamia, with the whole plant being referred to as Mbamia. In much of South Asia, it is called by some variant of bhindi, a name also heard in the United Kingdom, but English-speakers in Bengal call it dherosh. 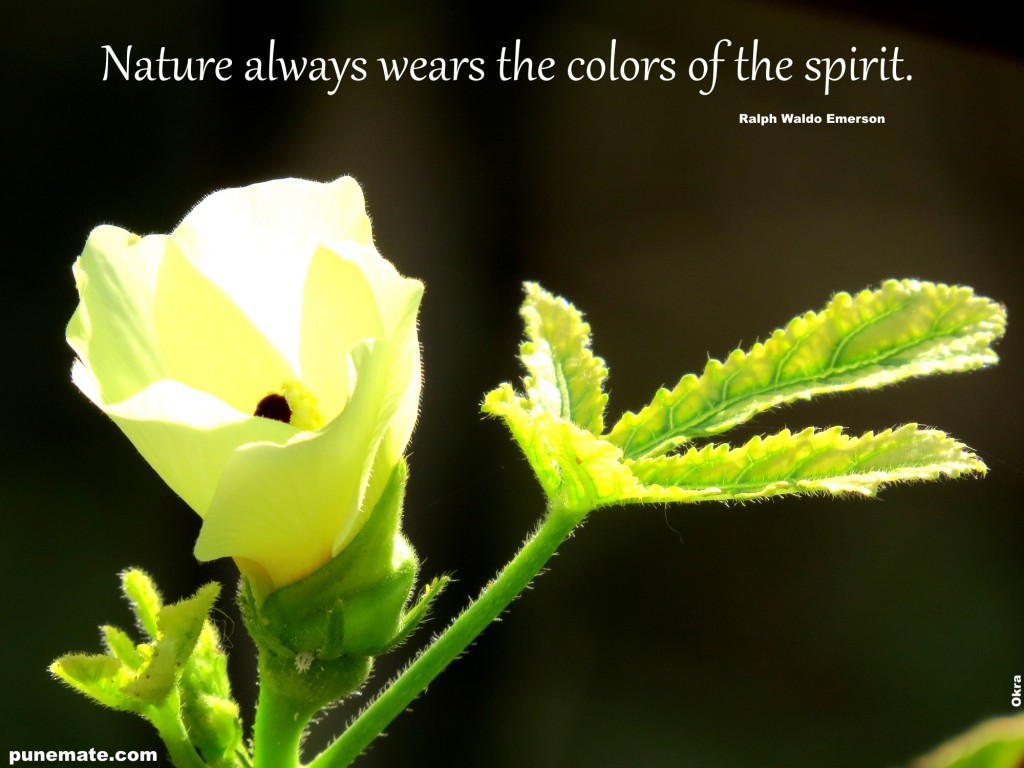 This entry was posted in Flowers, Flowers of Pune, Nature, Plants of Pune, Pune, Quotes, Whatsapp. Bookmark the permalink.